Was the No. 3-ranked player from the state of Utah according to ESPN following a prep career that included playing three years at Mountain Crest High School ... played his senior season at the newly formed Ridgeline High School where he averaged 19.9 points, 7.7 rebounds, 5.9 assists and 2.8 steals per game ... also posted a 1.0 blocks per game average ... Was a Utah Class 5A All-State Honorable Mention selection after registering 19 points, eight rebounds and five assists as a junior at Mountain Crest in 2018 ... shot 47 percent from the field and 49 percent from beyond the three-point line, while connecting on 71 percent of his shots from the charity stripe ... as a sophomore, he averaged 17 points, 6.5 rebounds and a little more than five assists per game on the way to earning All-State Second Team honors ... named Utah Mr. Basketball, Utah Gatorade POY and an Academic All-State selection in 2017 ... also a two-time state champion in both basketball in tennis ... picked Utah after receiving offers from Utah State, Santa Clara, Penn, Cornell, UC Davis and Utah Valley ... served an LDS Church mission from 2017-19. 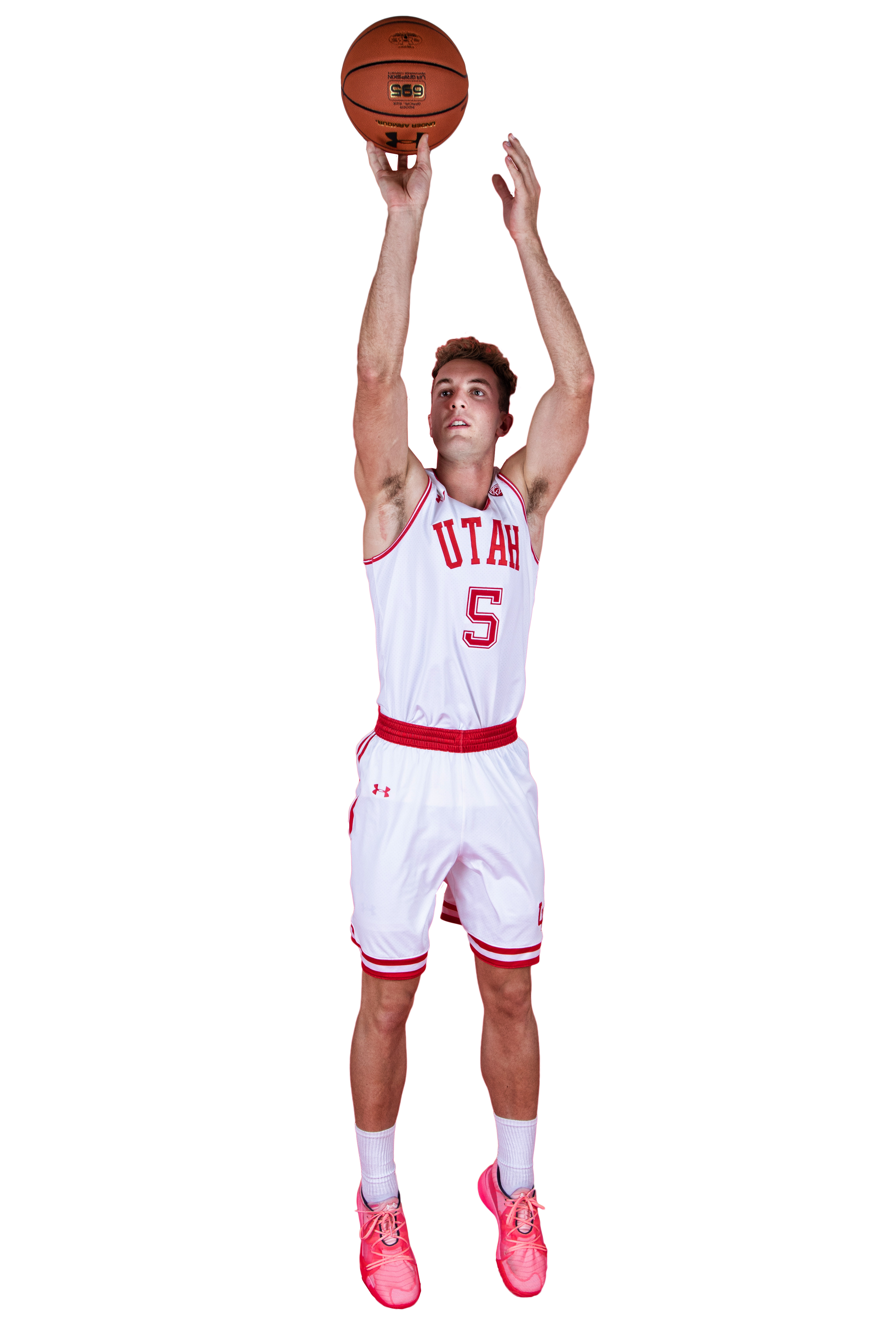